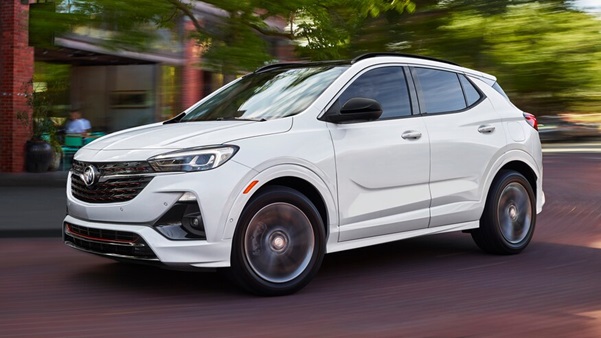 When we first got to see the 2019 model year edition of the Buick Encore, we were impressed with its nice disposition that perfectly blended practicality with a handful of fanciful luxuries. Apparently, the 2019 Buick Encore appeared to be a street-smart subcompact crossover that can provide excellent value for money.

Sharing many of its traits with that of the Chevrolet Trax, the 2019 Buick Encore offered a nice upmarket cabin in comparison to other compact SUVs that were available back then on the same budget. However, as a near-luxury crossover, the 2019 Buick Encore wore quite an expensive price tag, which was not going well with our budget; we had for a family vehicle. Finally, it was a gently used version of the 2019 Buick Encore model we found to be the best choice for us. We received a lucrative offer from the Woodbury used car dealer, which we grabbed immediately.

The sales team members of the above-mentioned dealership told us, that they had in their stock both the engine options. One was a 1.4L turbo I-4 engine churning out 138 hp and 148 lb-ft. of torque and a 1.4L turbo 4-pot motor with a start/stop feature to produce 153 hp that also brightens up the acceleration moments, while smoothening the rough surface movements.

As per the suggestions of the experts, we consulted at the said dealership; we chose the latter that also impressed us more with its supple road handling. The used model of the 2019 Buick Encore that we finalized upon can be best described as a small SUV that works in favor of the city roads more than the highways or off-road patches. Nevertheless, that does not mean the 2019 Buick Encore cannot make its mark in either or both of these driving conditions. Rather, it is the fuel economy it reaches in the city roads, that makes it a preferable SUV model for the city dwellers. Thanks to the suspension, setup that softly springs when met with an undulated, rough surface. The steering wheel of this SUV surprisingly does a fantastic job, as its responses were almost intuitively to all the turns and twists of the hilly rods, even when you put enough weight at its back.

In the 2019 Buick Encore model, you will find the center of gravity a bit at the higher end, because of which sometimes the moves can feel a bit more wobbly. But even in those moments, the body roll in this compact SUV is controlled the best way and feels that it can handle all the sharp corners well whenever you need it to do so. The engines are given a 6-speed automatic transmission to shift the power to the wheels you configure it. Overall, one can feel while driving the 2019 Buick Encore that it is tailor-made to serve as a family vehicle from every angle.

The used model of the 2019 Buick Encore we got to buy from the dealership of best used cars in Woodbury, also came in a condition as good as new, which was a much-added advantage for us.

What do you need to inspect when ...