How Inspiring is the 2023 Hyundai Ioniq 5 Model Series? 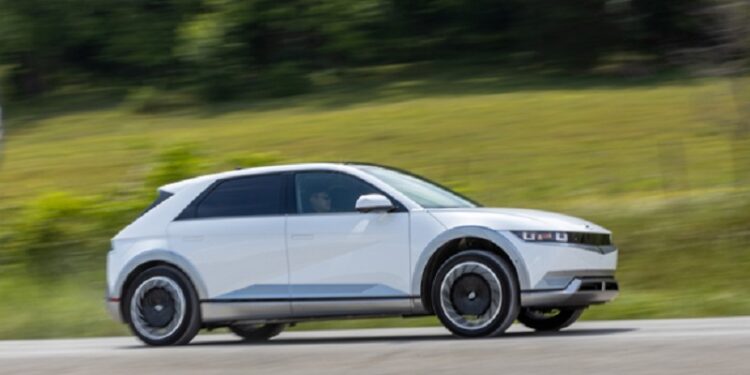 With the release of the 2023 model year edition of its IONIQ 5 series of EVs, Hyundai has announced a handful of updates for the same. There will be a significant increase in the mileage range as well as in the towing capacity.

The figures presented to us by the Washington Township electric vehicle dealer say that the power range of the 2023 Hyundai Ioniq 5 models is now 10 miles more than the last year while the towing capacity of the vehicle has nearly doubled.

Apart from these, the 2023 Hyundai Ioniq 5 models are now being equipped with a new battery heating management system, in addition to a battery preconditioning function. At the interior front, the seat belt reminder is now added to the set of standard features across the entire lineup and all the trim models. The 2023 model year edition of the IONIQ 5 series also receives a newly refreshed look. Thanks to the latest Gravity Matte finish that the exterior is crafted with.

The Hyundai Ioniq 5 models also got some trim-specific feature updates for the year 2023. These updates include the installation of new pairs of Projector LED headlights along with a full set of front LED accent lighting. Then there is a new NFC digital key feature enabled on more trims, including the SEL.

The new set of standard features offered across all the trims of the 2023 Hyundai Ioniq 5 model series of EV includes a new battery heating system that also incorporates a battery preconditioning system. This battery heating system is enabled to ensure the longevity of the battery life and to prevent the system from facing untimely damage. Likewise, the battery preconditioning system is used to heat the battery pack and to make sure that quick charging is done even during harsh winter. Moreover, the standard set of safety and driver assist technologies in the 2023 Hyundai Ioniq 5 models now has added a new seatbelt alert system to neutralize the possibilities of collision impact on the human body.

Apart from all these updates done to the 2023 IONIQ 5 model series, everything will remain similar to whatever was observed in the 2022 IONIQ 5 edition. The newly released 2023 model year edition of the Hyundai IONIQ 5 will offer in its lineup two different capacitive battery options among which one will be the 125 kW battery making 168 hp and covering a range of 220 miles and the other a 168 kW battery unit that can produce 225 hp with a mileage range of 303 miles. The 2023 Hyundai Ioniq 5 models are sold with a single-electric motor setup with a rear-wheel-drive system as standard while switching to a dual-electric motor and an all-wheel-drive is open as an available option.

With these powertrain options, the 2023 IONIQ 5 models become the fastest Hyundai EV model that can reach the speed of 0-60 within 4.5-econds. Driving a 2023 Hyundai Ioniq 5 model is always fun, stated a professional driver of the EV dealer in Washington Township, who showed us how the different drive modes named Eco, Comfort, Sport, and Snow make the art of driving a breeze at any given drive situation.

Car Pledge: Why Should You Think About ...